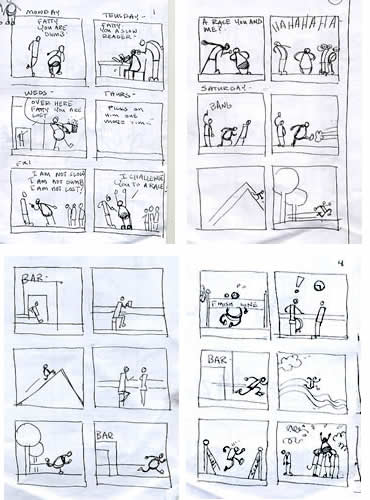 The Internet is Evil! If you go to Google and search on Reed Richards and Jack Kirby you get a bunch of photos of a movie star!!!

My small effort to rectify that today.

It’s gonna be amazing if I get any work done today with that big fat FF omnibus calling my name. 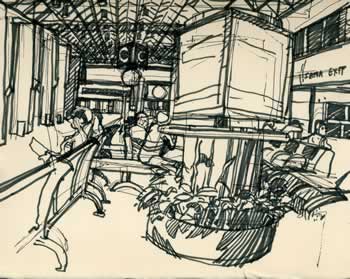 Sao Paulo 1 am- Spent a week in Brazil at the end of the summer for their Jornada de Literatura Conference, which actually meant I spent more time in Brazil Airports then the conference.

Image Comics artists overwhelmed the comics world with large pin up shots, near eventless stories and lots and lots of dynamic pictures. Plot and content died, killed on visual glory. In the aftermath editors and writers crawled out of their of their devasted hovels and attacked back. Now superhero comics, which once centered on adventure have moved into philosophical discussions of who’s undies is all uptight.

So why writing a Flash class am I thinking about pictures?

Becasue teaching is about getting ideas across, spreading information to a student clearly.

A tangle of words, can easily lose an idea. In a step by step visual demo you walk through how to do something. The student sees visually what is happenning.

In a verbal description you can wander off to many points and in the complexity of teaching programming it takes three little conditionals and lines of code to make a simple idea work. A master teacher can create projects that simplify the idea without the conditionals and then develop the project to need the conditionals so the student sees the whole process.

In teaching how you lay out the material is the plot. What path you carve through it allows the students to either learn it or forget it. Teaching you look for themes and jokes to repeat and focus the student on ideas that you want them to apply and soak in. But you need visuals to anchor the ideas.

If you have splashy visuals (a done Flash file that performs some cool action) the students gasp and go wow. If you just talk they go un huh sure whatever. But to make it work well you need to balance the flashy visual with the plot with the storytelling pictures that fill in the space.