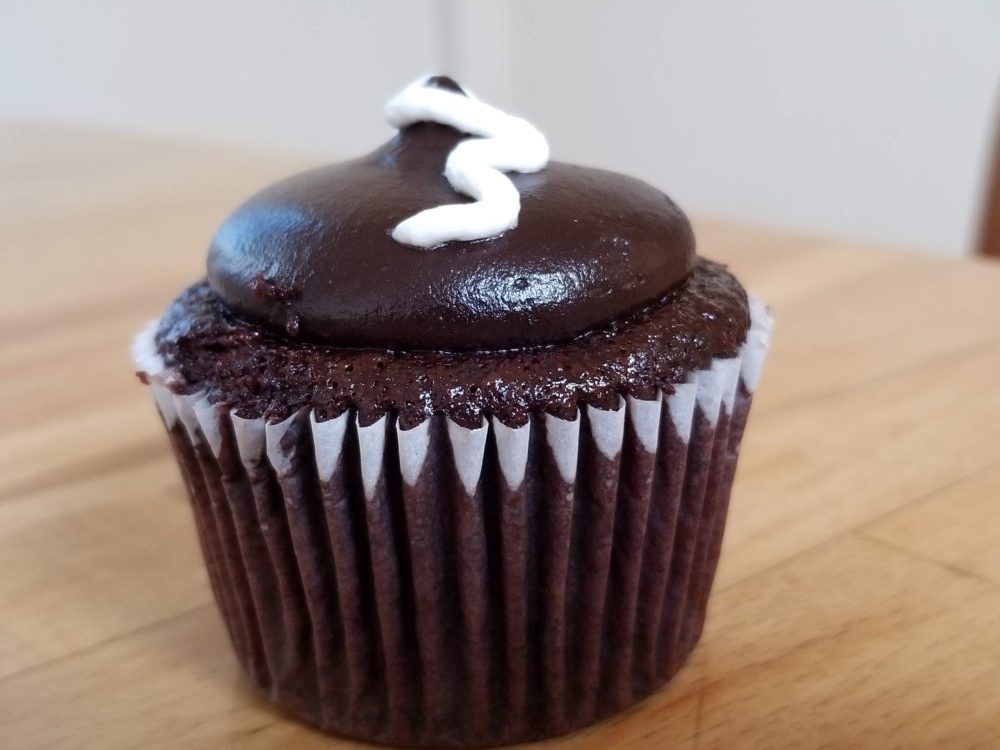 At 30 I knew everything.
I did “cool, different” comics, politically active and went to El Salvador to actually learn about truth justice and the American way. At 31, I chased a girl to California, got dumped and diagnosed with Multiple Sclerosis.At the time, there was nothing that could be done for MS other than die, thanks Oakland for ruining my life.
Maybe, maybe not.

But in life drawing class I met a cool hippie chick doing yoga. Thanks Oakland for introducing me to the love of my life. Marriage and kid followed, but comics collapsed, my cool different comics were hated by the comics editors who controlled the work. They made sure that I had no work and no health care.
Maybe, maybe not.

By 40, I could barely walk. The cool hippie chick attacked the health care system to get me access to Copaxone, a new drug for MS.The drug worked and play with kids was again possible. Commercial comics were gone for me but I went other ways, learning to program, non-profit work, teaching HTML.

At 50 I ran the get out to vote for one tiny little section of Minden Nevada from a teacher’s home, we elected a Black guy President of the United States. Then we passed the ACA, the health care that had been the threat hanging over my head, the black cloud of my life lifted.
Maybe, maybe not.

Now at 60, phone banks every week leading up to another get out the vote weekend. Now Republicans want to take away peoples health care, bankrupt our country and drive it into hell, maybe, maybe not. I’m doing the comics I really want to do for the first time in my life, maybe they’ll make me famous, maybe not. So in sixty years what have I learned?

Maybe, maybe not is a good motto for life. 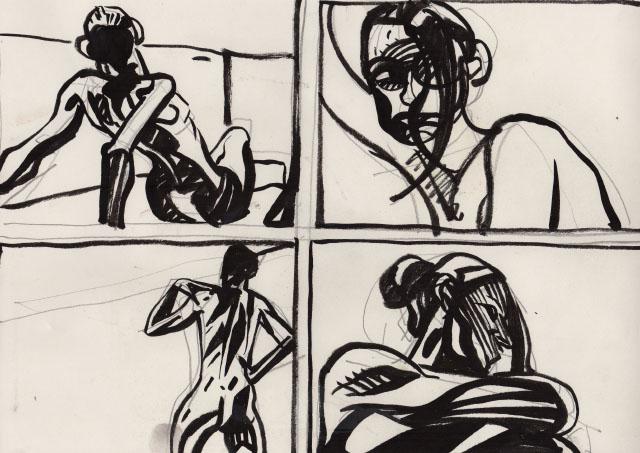 I always got better results from students when I gave them a clear written rubric of what the goal was of the assignment. Last night I discovered why. Life drawing can become the routine like morning yoga where you just do it “because” and don’t focus on barking in downward dog

But having stated that I want to work straight lines against curves forced me to question drawing arms of a bony model. Skill and having habits is perhaps the easiest way to stop thinking when working.
In drawing you can question every line or just draw the same old same old.

Placement in each panel is determined by scale of your figure. Making figures a different size from frame to frame implies some point of time or new gesture or experience. 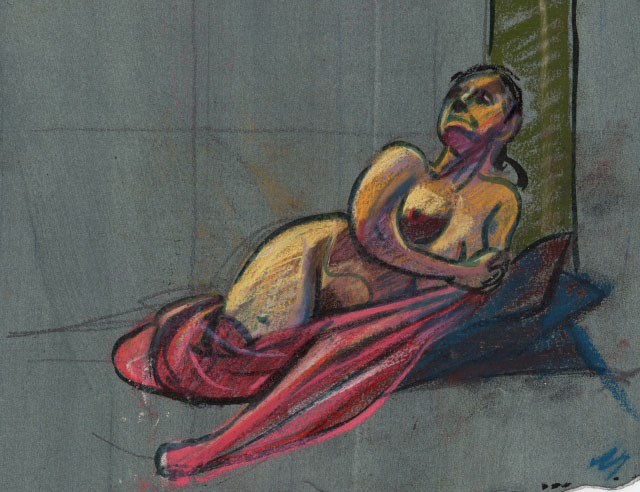 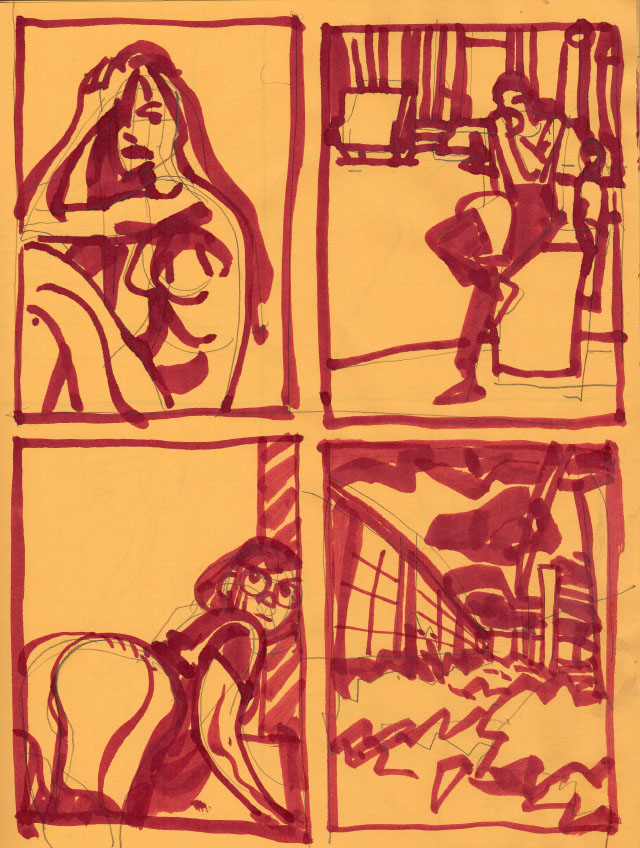 To break up a composition into 3–5 main shapes, create a center of interest through focusing the direction of the brushstrokes and shapes.

A
The positive and negative of the drawing is clear. The center moves around in each panel at least. The drawings brush strokes don’t just don’t represent the shapes but move the eye through the picture through direction and repetition.
C
No defined center of interest
Size of all the shapes are the same

A
Lines are simplified, and consistently work straight and curve against each other for movement.
There’s a clear silhouette.
Proportions are not realistic and always pushed towards character development.
The figure works in space.

C
Proportions are natural.
Lines are focused on form and not the movement.
The Figure doesn’t work in a 3-d space.