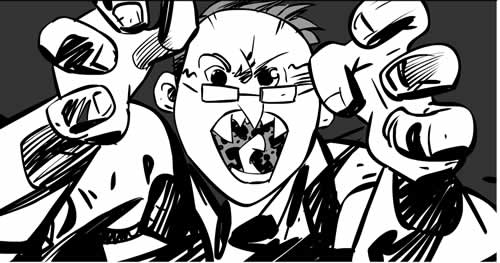 It’s Jack’s 91st birthday, so I figured a panel from a comic book about Ghandi and non-violent communication is appropiate some how. Jacks work is so large and so powerful it can become a driving force in any comic and of all the panels I’ve ever done, here’s one that owes him a lot.